Yet Another Intermediate Black Hole Merger

Another merger of two intermediate mass black holes has been observed by the LIGO gravitational wave observatories.

These three mergers have all been detected in the past two years and are the only observations ever made of gravitational waves.

They are extremely powerful events. The lastest event is known as GW170104 (gravitational wave discovery of January 4, 2017).

It all happened in the wink of an eye. In a fifth of a second, a black hole of 30 solar masses approximately merged with a black hole of about 20 solar masses. It is estimated that the two orbited around one another six times (!) during that 0.2 seconds of their final existence as independent objects.

Joules of energy, released in 0.2 seconds, or an average of 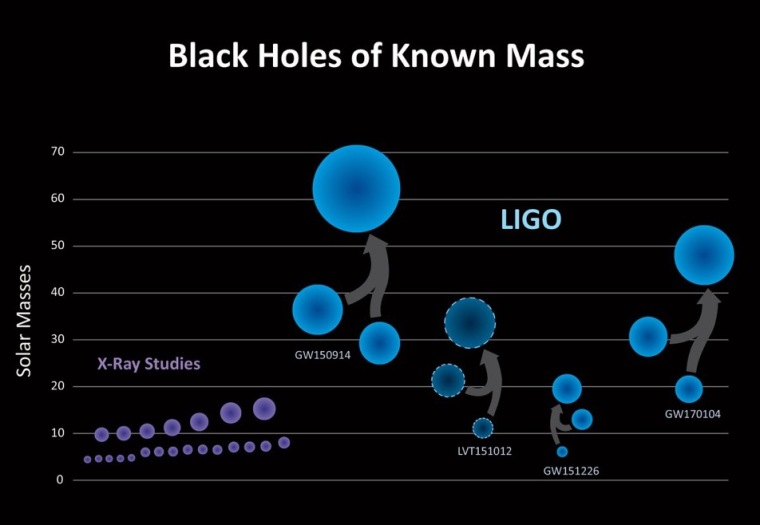